I think it was in Edward Hirsch’s book How to Read a Poem that I first learned about Czeslaw Milosz.  And I think his name appeared in a chapter about Eastern European poets who wrote during and after World War Two.  After hearing Milosz’s name and seeing a poem or two in Hirsch’s book, I was drawn to the richness of his metaphors, the sharpness of  his insight.  The fearful backdrop of his particular time and place in Europe also attracted me because I feel that many people who grew up, who came to their world view and their view of human nature in places like Poland in the 30s, 40s, and 50s,–these people have a deeper understanding, a more immediate and visceral understanding of the light and dark sides of human beings than I do.  I respect this background of Milosz, and just as much, I have come to appreciate his ability to pull me through my ignorance to a small knowledge of what he, and others like him, thought, did, and felt.  These are some of the first reasons I started exploring more of his poems.  Add to this initial reading my growing interest in memoirs, especially those of writers.  I can’t help but think of Elie Wiesel here because the first part of his book Night memorably describes the almost-overwhelming challenge he faced in trying to find words for his experience on trains and in concentration camps.  He says he had to work hard to locate the right language to do some kind of justice to, to make expressible the almost unimaginable pain and grief he faced with his family and alone.  His challenge, in turn, reminds me of Seamus Heaney’s introduction to his translation of Beowulf.  In one part of the introduction, he describes his struggle to find the best way to wrestle with his Anglo and Celtic heritages.  He would not, could not start the translation project, until he found the most effective way to bring his full historical self to the phasing of his translation.  When he finally reaches this point of satisfaction, he writes–and this quote sits atop the entrance to my classroom: “my heart lifted again, the world widened, something was furthered.”

So, my interest in writers who find the right words has apparently been building for some time.  As I read this edited collection of Milosz’s essays, I will watch for those special moments when the words he chooses, and the order in which he puts them, open a window for me onto his particular hopes and fears.  His experience has been very different from mine, and I look forward to learning how different. 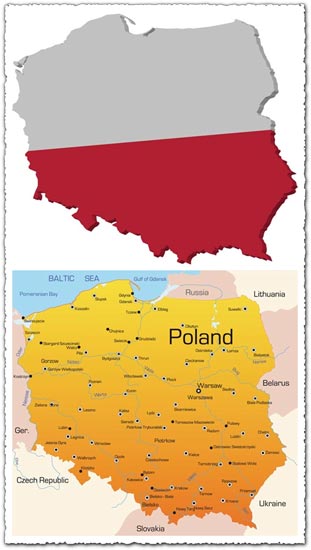 This is the first of four blog posts about a collection of Czeslaw Milosz’s essays entitled To Begin Where I Am, edited and with an  introduction by Bogdana Carpenter and Madeline G. Levine.  I am reading this book alongside high school seniors in my classes who each have chosen their own biography, autobiography, or memoir.  Technically, my chosen book fits none of these labels, but (I hope) I have clearly communicated to my students their freedom to blur some lines in choosing a book about a person who truly interests them. During the course of their reading, students will publish weekly posts, starting with Monday April 9 and continuing with a new post each of the next Mondays in the month.  I will do my best to publish one ahead of their schedule, to help guide those who want some guidance.  The writing above is my first about the book of Milosz’s essays.