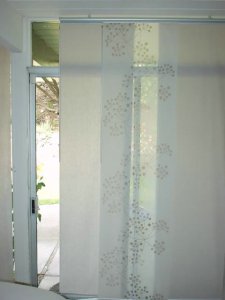 A close friend looks in

From outside the window pane

This haiku comes from a dream–a dream of some substance because it arrived just three nights before my parents’ anniversary dinner.  In this vision, a man stood outside a set of patio doors.  He peered through the sheer curtains that covered each door’s two columns of six panes, from the inside.  As I watched him wish he could pull the curtains gently apart, I saw that he was a close friend of parents, especially of my father because he and his twin brother had been born on the same day as my father and his identical twin.  My parents had known this friend for a long time; they loved to laugh with him.  I remember laughing with him, too; he always worked to include me and other children nearby.  If I had ever dreamed of David before, I didn’t remember it.  So, he, effectively for the first time in my life, appears in a dream.  He wants to be part of my parents’ celebration, but can’t.

The feeling of David’s longing lies at the heart of the dream and therefore fuels the haiku.  My initial impulse was to write a poem that brought my parents’ friend to the table.  As I wrote, though, I began to see not only that David wanted to join the celebration, and thereby be connected to old friends and the experience of love, but also that everyone else at the table had some relationship to his feelings.  All of us, for various reasons and to different degrees, have experienced and desired love–love for a companion and love from such another.

The poem’s middle line, by referring to a “window pane,” echoes the hurt that comes from feeling outside the experience of love.  Many of us around the table have known, either first-hand or second-hand, directly or empathetically, the feeling of being  outside of the patio window looking in.

And this feeling helps explain my choice of “wishing” in the last line.  I may have tried “wanting” or a similar two-syllable verb, but “wishing” captures the  spirit of David’s longing.  A wish is a kind of dream.  What I wish for is what I dream of.  So then, David’s wishing to be part of the marriage celebration becomes my dream, too.  In this way, what he wants is what I want.  As it happens, then, he does join the table–in a real sense, a sense that began with a dream but became more than that.