“No Need for Grades,” a student argues 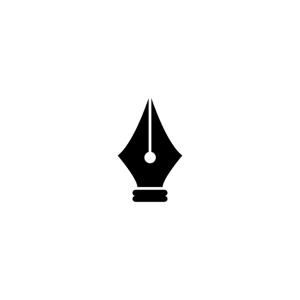 Students in my senior high school class recently had fifteen minutes to write original pamphlets containing statements that would get them expelled from school, if authorities could attribute the writing to them.  This exercise was part of a series that introduced them to aspects of Mary Shelley’s world, before they started reading her novel Frankenstein.  She published this novel when she was just a year older than most of them.  The day of this particular exercise was devoted to Mary Shelley’s husband Percy, who was expelled from Oxford once authorities pinned a pamphlet to him and a friend.  These two young men entitled their pamphlet “The Necessity of Atheism.”

Each of my students folded a piece of printer paper into a 4-by-6-inch pamphlet, which made theirs about the same size as Shelley’s. I thought it was fun that one of my students, who wrote the pamphlet below, echoed Shelley’s wording.  As I later told this student, when I practiced the exercise before assigning it, I  composed a pamphlet called “The Necessity of Grades.”  I intentionally imitated Shelley’s title, whereas this student did so unwittingly with “No Need for Grades”:

“There is a consensus, believed and agreed upon, in America, that the grades you receive in school and the scores you get on tests define your future and how smart you are.  While there are benefits in grading to measure proficiency on a topic, the reality behind grades is that they are unnecessary in defining a person’s intelligence.  The passion and work ethic of a student is what defines them; their willingness to learn and keep learning.  Society should not be based on these numbers.  People who do not score as well automatically have less of a chance at getting a good job or a successful future.  This is why there should not be grades.  Every student should find the subject they [sic] are passionate about and study and eventually go into a profession involving that subject.  This leaves the society and community with knowledgeable laborers.”

If you try this exercise, notice the reactions of students as they write and as they imagine sharing their pamphlets.  Some of my classes freely shared, whereas others barely did.  The exercise worked insofar as several students were excited to consider their own thoughts and wonder about their classmates’.  For the record, nobody was expected to share the writing with anyone else, unless he or she wanted to.  In more than one class, someone asked what Percy Shelley had written.  Curiosity bubbled, and the exercise gave them a taste of radicalism in early nineteenth-century England and Europe.